Over the years, I’ve gotten many questions from editors about how to bring the stories from their print magazines to a wider audience. From social media posts to dedicated magazine websites to email blasts, there are lots of ways to think about bringing a print story to new eyes.

Today I want to talk about an approach that I don’t hear about as much.

Yet in the right circumstances, it can be an incredibly powerful tool to create an even bigger impact with your print magazine story.

The idea is simple: reprints.

One of the reasons I love reprints is that you can put them in the hands of the exact audience that is primed to appreciate it.

Even better, almost all the work your designer did to make it look perfect on the page — from the photo size to the sidebar placement to the font for the opening spread — is retained. Often, these reprints can be used multiple times over the course of years. This evergreen potential offers all sorts of possibilities.

Let’s go through a few examples — and how you might consider something similar.

Smith College’s new Neilson Library was a big deal when it opened — and Smith Alumnae Quarterly’s Christina Barber-Just devoted more than 20 pages of her magazine (though not the cover) to the facility and its offerings in a recent issue.

Director of constituent communications Lars Asbornsen saw a way to take those 20 pages even further. 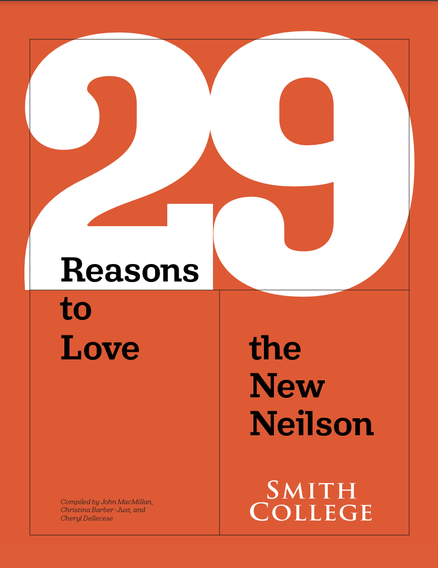 “He pulled it right out of the magazine and reprinted it on heavy cardstock as a standalone publication,” Christina says. “Copies were given to members of the Smith board of trustees when they were on campus recently, and library staff made fantails of it in three locations so people can see it and pick it up. I loved seeing a big editorial project repurposed in this way.”

Amazing! This is a great way to highlight a story, bring it to an audience who cares deeply about it, and extend the life of the story beyond the current issue.

Some time ago, Capstone developed an “Alumni Starter Kit” for the Naval Academy’s alumni magazine, Shipmate. 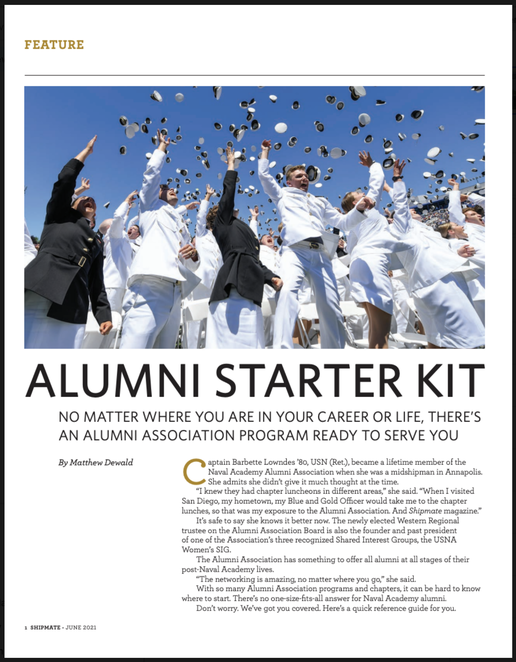 The story was designed to re-introduce some of the many opportunities its alumni association and foundation offered.

While the story was useful to the broad alumni community more generally, it’s also specifically useful each spring for an entirely new group of people: graduates. To extend the life of the story, the Naval Academy’s Jimmy DeButts says that “PDF copies of the story were printed and distributed to members and families of the Class of 2021. The story showcased the variety of ways the Alumni Association is prepared to assist alumni.”

Again, this is a story that is perfect for an issue of any of your magazines, but actually becomes more valuable over time as you bring it to new grads. It’s likely to be relevant for years — and can be used as a template when the time comes to do an update.

Recently, Grinnell College, a Capstone client, ran a two-page essay written by a current student who met and did a research project on Edith Renfrow Smith, the first Black woman to graduate from the institution. 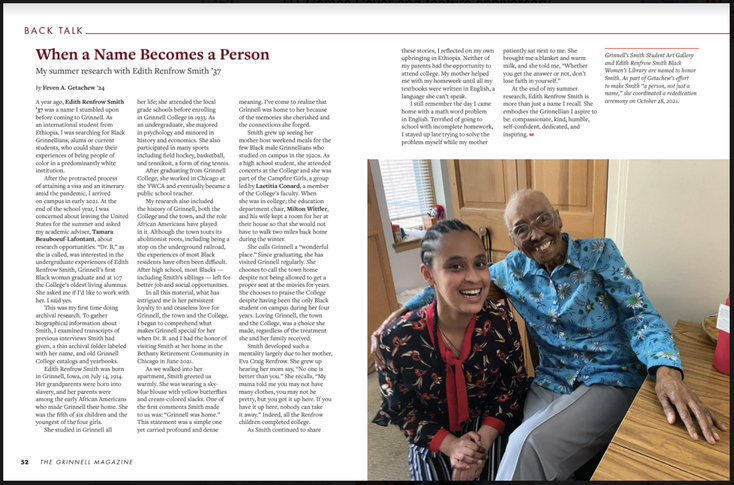 As part of the project, the writer was able to persuade the college to name a gallery in the student center after the 107-year-old alum (!!!).

Later, for an event celebrating the naming, she and her research advisor worked with the communications office to create a poster-size reproduction of the essay that was displayed in the space.

Notice that absolutely none of these things would have been “better” by sending people to a website or encouraging people to watch a video.

It’s truly meaningful to put something real, thoughtful, and beautiful in people’s hands. Your magazine does that a few times a year — and you can extend that reach through reprints.