Over the past couple years, print magazines have gone through the wringer. Many schools have trimmed pages from their publications, decreased their frequency, or put them on hiatus. (You can see the report I published on this trend here.)

But that wasn’t the case for Barry University, a private Catholic institution in Miami.

Recently, they decided to add a twice-annual print magazine to their alumni and donor communications strategy.

I had to know more.

I called up Bernadine Douglas, vice president for institutional advancement at Barry, to ask her more about the decision. 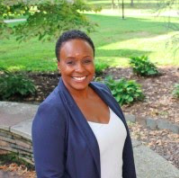 Here’s what she told me about that process. The conversation has been edited for length and clarity.

You came to Barry from Berea College in Kentucky in 2019. Where was Barry at when you arrived?

They had been without a vice president of advancement for at least three years, and they had [eliminated] the magazine even before that.

They had been peeling away different marketing activities as cost-cutting measures to focus primarily on programs and services that had a direct impact on students and staff. They did away with the university magazine. They didn’t go digital — they just did away with it.

Because they weren’t seeing value in it?

They decided they didn’t need the expense of it. At the time, it was seen as just another marketing activity.

At what point did that change?

In 2019, a new president came in with a clear charge from the board to build back up advancement — it had been a mistake to divest from it.

That’s when you were hired to help the school achieve that larger goal. So then what happened?

[The institution] was in the enviable position of having significant savings, and so we talked about what’s going to give us not the quickest return, but the best return? [Among other things], we decided pretty quickly and pretty overwhelmingly to invest in a university magazine.

I understand that you have a lot of different things to do as you build an advancement program. But it sounds like you felt you had lost ground with your alumni and donors without the magazine?

Right! It’s not just like we can go and get MacKenzie Scott [to support us.] [Advancement] is a long game, and if you’re not committed to making the investment and staying in an uncomfortable place, it won’t work. Good presidents, good institutions — they understand that, and they’re willing to allow us to develop and grow. It might be minimal at the start, but it will pay off in the future.

Yes. At Berea, under the leadership of Kim Brown, we were attributing about a million dollars in gifts to the magazine every three to five years or so. It was a significant direct mail piece. We had a remittance envelope in it, we had ads about giving in there, and we even thought about making soft asks in the stories that we tell. I feel very, very strongly that you’ve got to show ROI, you’ve got to show how engagement leads to more gifts.

Berea is an extraordinary place with a huge culture of giving, and not just from alumni, but from friends. It’s not unfamiliar to them to see those solicitations, those envelopes in the magazine. It’s about giving that culture time to take shape, being consistent, and not backing away from that. We also had one issue that was essentially an honor roll, which was completely focused on philanthropy.

Oh, those honor roll issues are a bear.

People really want to see their names on that list! Honestly, the things that worked 50 years ago, whether we want to think about that or not, are still effective. Even for the most dated of us, even for the most digital of us. We are all motivated by [recognition]. It’s why Peloton gives us badges. Badges and honor rolls work! Can we modernize it? Sure. But the rules are the rules for a reason.

Was it hard to make a case for adding a print magazine?

It was easier than I thought. I had a supportive president. The cabinet — they were nodding their heads and saying ‘Yes, we do need this kind of outreach. Not having it has really hurt us.’

We need to repair relationships [after failing to have significant outreach to alumni and donors for years]. The magazine, for us, is a step toward repairing those relationships with our alumni and our friends.

Can you say a little bit more about the magazine as a way to repair relationships?

Maybe I’m being a little dramatic, but I think when damage has been done in a relationship, whether that’s institutionally or on an individual level, there first has to be an acknowledgement of the other person’s feelings. Does that mean we’re going to have an editorial in the magazine that says ‘We’re sorry?’ No. But what I hope alumni feel when this magazine lands in their hands is, ‘They’re really trying. Let’s see what my alma mater is doing.’ And maybe they’ll start to get excited.

I love it. You’ve got a really big job ahead of you! But it sounds like the print magazine is something you’re happy to invest in to help you achieve your long-term goals.

Guys, I love these insights about the larger role your print magazine can — and in many cases, must — play for your institution.

It can build relationships and it can repair them. It can support your institution’s larger philanthropic efforts over time, and it can provide tiny psychological boosts to those in your community who have stepped up in support each year.

Your print magazine can serve many purposes, and you can adjust the storytelling you do to help achieve those goals.

The most important takeaway, in my opinion, is the idea that done right, a print magazine is a great investment over time. You’ve got to make a long-term commitment to it.

Your relationship with your alumni should last a lifetime. And a print magazine is one smart way to maintain and strengthen that relationship.