Over the past few weeks, I’ve talked to several editors of alumni magazines who have had to pull stories from their publications at the very last minute.

Maybe a key source got cold feet, or a profile subject landed in some hot water. Maybe a brand new VP torpedoed a story for reasons that aren’t entirely clear.

Whatever the case, it’s a panic-inducing moment. What will you do to fill those two, four, or even eight empty pages?

Sure, you can fill those pages up with some seasonal campus photos. You might even just decide to pull a folio entirely. 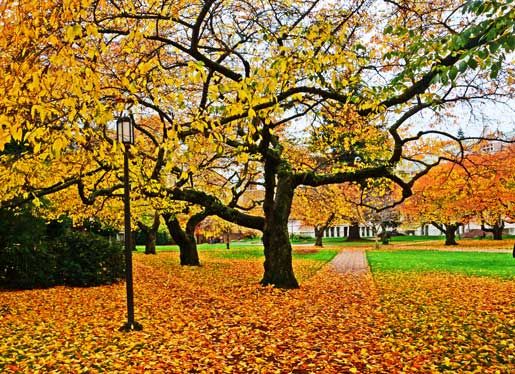 The fall campus shot: pretty, but should this really be your backup?

But there’s a better option.

You can’t be prepared for every reason — legitimate or ridiculous — that a story might fall through. But you can be prepared with a solution.

The fix is something I like to call the “Swiss Army Knife story.”

It’s a versatile story that you always have in your back pocket in case of emergency. A two-page profile went south? No problem. A six-page feature got the axe? That Swiss Army knife story means that you’ve got every potential emergency covered.

The Swiss Army knife story is a 2,000- to 3,000-word story that’s designed to fit in any hole that you might suddenly find in your magazine.

It’s one that that you can use once, twice, or even three times, in the same way you might deploy a knife, scissors, and that little toothpick in your Swiss Army knife.

It sounds like magic. In a way, it is.

But to my mind, it’s the most important magazine story you can have in your arsenal. Below, I’ll dig into the details, link to some great examples, and show you how you can build your own Swiss Army Knife story.

What are the key components of this type of story?

A Swiss Army knife story needs to be designed to work in many different and unexpected scenarios. You aren’t going to know exactly what you need until you’re actually in the emergency, so you want it to be as versatile as possible.

Here are three primary characteristics this story should have.

1. It should be modular.

These stories aren’t single narrative monoliths of 3,000 words. Instead, they should be a group of shorter pieces that can be snapped together like Legos to fit any space that’s available. For example, here’s a story I did for Macalester called “How to be a Better Scot”.

The story happened to feature eight people in the Mac community, but it easily could have featured 5 or 12. It could have been trimmed to fill two pages. It could have expanded to fill eight pages if we’d decided to add a couple more alumni.

There was no “ideal” number of modules; that was dictated, in part, by the space that was available.

2. It should be evergreen.

If you’re an editor at an alumni magazine, you know that we don’t live in a hot take world. (Oh, you want to read more on hot takes? Okay, here you go.)

Evergreen stories are those that are always going to be relevant to readers, in the same way that evergreen trees keep their green leaves or needles all year. You might not use the story in the next three months; it might be a year or more before you have to put it into action.

You need a story that won’t be old news when you dust it off.

This isn’t an easy trick to pull off, but there are a many good choices. Some of them may be linked to your institution’s history.

For example, one surefire hit? Quizzes about alumni history and other university trivia. Other options include campus myths and Things We Love About [Alma Mater U].

3. It should have multi-use options.

As a kid, I often heard that if you cut an earthworm in half, the earthworm wouldn’t die, but would instead become two new worms. It was endlessly regenerating! Amazing.

Guys, this is not true.

However, what IS true is that you can create a single magazine story that lives many different and complete lives, if it’s structured right.

For example, last year I wrote a massive feature called Master Minds for The Ohio State University. In it, I asked 12 faculty members from different colleges to tackle a big idea in their field.

It was all set to run, and then the awful Ohio State shooting happened.

Covering that heartbreaking story in the magazine was essential, so the editor tore apart the issue. Suddenly, there weren’t 10 or 12 pages available for this feature. There were six.

But one tiny piece of good news from all that bad news? The Master Minds story was structured in a way that made it easy to use as a series. My editor didn’t have to scrap the thousands of words I’d written (and that she’d paid for). Instead, she sliced up the piece and ran it as a three-part series. (You can see part 1 here and part 2 here. Part three is forthcoming.)

The great thing about the properly-structured Swiss Army Knife story is that you can run it at many different lengths. If you’ve got leftover pieces because you didn’t need the full 3,000 words the first time around, you can run the leftover copy as its own standalone piece in a future issue. It might be a four-page story or a half-page piece at the front of the book.

Sure, you may have to write a new intro or tack on a paragraph of explanation the second time you run a portion of the story, but you’ll almost never have to toss pages and pages of copy. 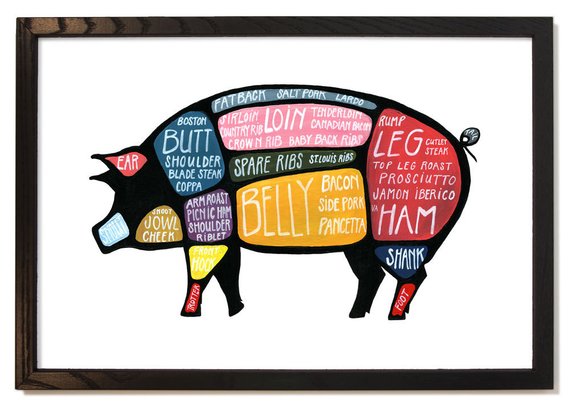 Modular, evergreen stories are like pigs: you can find a way to use every part.

That’s it! Find a story that fits all three characteristics, and you’re almost guaranteed to have a winner: a story that you can keep on hand for anything unexpected that comes your way and threatens to derail your magazine.

Why it’s never too soon get started on your Swiss Army Knife story.

Your next alumni magazine emergency could be right around the corner — or it might be never!

But having the peace of mind that you’re prepared for whatever internal politics or external circumstances might throw your way is a huge relief.

And if you don’t have an emergency?

You can still run that story *whenever you want.*

You can stash it away for the time you want to take a few days off without checking your email every five minutes.

You can just decide to run it because you like it.

The great thing about a Swiss Army Knife story is that you’ll know that the all the work you do upfront is designed to prevent heartache down the road.