Do you really need print magazines for your alumni?

It’s a controversial idea to ditch a magazine entirely. But there are plenty of rational reasons to consider it.

Your school’s website is as close to your alumni as the phones in their pockets. You can send email newsletters to thousands of alumni as frequently as you want.

It may not even be clear that alumni and donors even want that magazine. Does it go straight to the recycling bin? Could you save six figures — or more — just by dropping the magazine?

Reader, you will not be surprised to know that I have many opinions on this.

But the very best folks to talk about this are those who have experimented with reducing or even eliminating their magazines.

That’s why I’m super excited to share my conversation with Mary Monigan, an advancement editorial associate with Skidmore. A couple years ago, Skidmore dropped its three-times-a-year print magazine, Scope, to focus on building a stronger marketing and design team in its office. 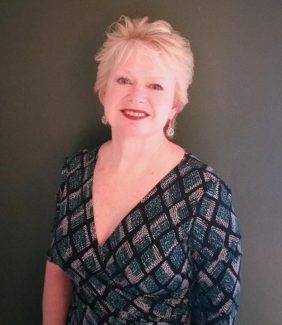 As is true for any big change, the implementation had its share of hiccups. Monigan shared what went right, what went wrong, and what she and her team might have done differently if they could do it again.

Even better, she shared some incredible research that she conducted after Skidmore had completed its process. She set up a survey, and more than 45 colleges and universities shared insights about their own decisions to drop one or more print magazines from their lineup. She delivered a talk about her findings at the CASE II conference in February.

I’ve included highlights of our conversation below.

Read to the end to get access to Monigan’s presentation.

The bigger picture. Skidmore has always been the little engine that could. We did not have a culture of endowment or philanthropy for many years. Among the heads of advancement and communications, the sense was that instead of having a traditional communications department, which functioned more like an information office, we needed to infuse it with a full-fledged marketing division.

The idea was that for a private liberal arts school to remain competitive in this marketplace, you need a professional marketing department to keep your brand at the forefront of the national discussion. We added five positions to do that, including a new cabinet level VP, a designer and videographer, and two marketing managers.

Why the magazine was one of the first things to go. The three issues of the magazine were consuming most of the budget of the communications department — about $150,000 total. The printed magazine had been around for 50 years, but the team decided that digital is the future and dispensing with print would allow us to fully fund the new marketing wing.

(But not totally.) We did decide to print a small publication of mostly class notes to appease older alumni —those who graduated prior to 1970. They’re loyal, they’re engaged, and they’re still sending news to their class secretaries. For them, the magazine is about community.

We came up with the idea of a printed newsletter with a four-color cover, but to save money, the inside would be black and white with no pictures.

Positioning the change. We crafted a letter to alumni explaining that the decision was driven by budget constraints and the need to be a good steward of the college resources. Also, moving away from print advanced our goal of planned sustainability. Finally, we said that we needed to maintain our momentum as a college. It is a competitive marketplace. We felt that we needed to restructure the communications department and make it a communications and marketing department. Today, we produce an annual printed publication that is more of a “year in review” piece, not a magazine.

On sharing the news. I had to be the one who broke the news to a core of 70 class correspondents, many of whom had been doing it for 20 years. There is a real culture of close community with these folks.

How alumni responded. I did six to eight conference calls with different eras of class correspondents. They wanted to know things like: “Why can’t you get an alum to pay for an issue?” “Why do you have to do this?” “Is it really necessary?”

People shared interesting details with me. They would tell me: “I want have something to put on my coffee table, because that means a lot to me. I read it over a month, cover to cover. ” One said, “I’m proud that I graduated from Skidmore, and when my friends come over, we talk about it.” She helped me see the value of the magazine from their perspective. I’m not sure that emotional connection was factored into the equation.

I can also put links in the notes. For example, if somebody is appearing in a Broadway show, or they’ve just had an opening at a gallery, I can keep a live link in there so people can see their stuff.

On the mixed feelings beyond Skidmore. The survey we did of other institutions showed that a lot of alumni at different institutions still value an alumni magazine. Some institutions surveyed their readers and found that readers wanted print magazines, so these institutions decided not to give them up. Another person said, “We went to digital for a couple of issues, and totally lost alumni input into the class notes section. We’re printing again for three issues, and we have already increased our magazine page count by eight.”

No one is 100% sure how their constituencies are going to respond to a reduction in issues.

Not every institution’s alumni felt so strongly. For some institutions, especially those that went from four magazines a year to three, or from three to two, people didn’t notice as much. They said things along the lines of: “We didn’t really get complaints. People didn’t seem to notice that we no longer published a summer issue.”

The keys to a successful print magazine reduction. In general, those who were able to reduce their issue count successfully were folks who reduced their publications by one issue per year, and who also tended to have a comprehensive strategy that included their other platforms.

They beefed up their social media and overhauled their design. They added a lot more content that would be best living online and that complimented the once- or twice-a-year print publication. They upped their game on all of their platforms, and those are the folks you could tell took time to develop a strategic plan around this.

People from one institution said, “We increased the page count and quality, but now only print twice a year. Our readers still love the magazine.”

Big takeaways. You have to know your culture, and you have to be planful about it. If you are going to eliminate magazines, it’s also absolutely essential to be proactive about the process.

Survey people, but also be proactive with your staff across the institution, so that everyone has the same talking points and understands what’s happening, because many of the folks who are on the road and seeing donors were confused.

Digital > print? Like with everything else, the right combination of print and digital is the key. What balance is right for your constituency? We spent $150,000 on the three issues of the magazine. Are we spending a comparable amount on something that doesn’t deliver as much ROI in terms of engagement as the magazine did? What compares to the magazine as a primary brand identifier for almost all class years?

On what digital can’t do that magazines can. With digital, you are typically intentionally looking for specific content. With a magazine, that process is different. You get it and you look at one story, but then you might end up reading a lot of other material. It is better, I think, for certain types of stories and content.

Reversible decisions? Maybe. I think that if a pot of money were to become available, we would definitely go back to publishing two issues of a print magazine each year.

If you want to see the full results of the survey and Monigan’s analysis, check out her amazing CASE presentation here.