As a writer for alumni magazines, I know as well as any other writer, that writers are notoriously thin-skinned about revisions.

It’s why you’ll find the internet littered with grouchy blog posts from best-selling authors with titles like “Revisions Are Hell” and one million variations of this theme.

Writers, especially those who have never been in an editor’s shoes, often think about the editing and revision process in especially stark terms: 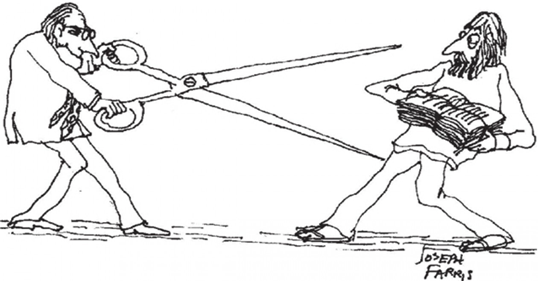 But for as much as writers gripe about revision requests, I am probably even more sympathetic to the struggles that editors have when they develop their revision requests. I’ve been in your shoes, and there’s a pretty good reason I’m not now.

You guys are the ones who have to figure out how to get your writers to rework story structures that look like they were developed by Jackson Pollock. You have to find ways to encourage writers to rework alumni profiles that are somehow less engaging than a TI-82 manual.

This is deceptively difficult work. This is I-feel-like-I-need-a-Ph.D.-in-human-psychology-and-persuasion work.

In fact, when I was an editor, I was often so scared to ask writers for revisions that I’d just rewrite portions of their stories myself, in my voice.

If you are wondering why I didn’t last all that long as an editor, that’s one answer.

How to think about revisions

Let’s dispense with the notion that all writers would simply like their editors to lavish praise on the very first draft they submit, and that they would prefer to have their editors run their stories without a single word changed.

Oh, okay, some would.

But most good writers crave great editing. And there are editors who inspire writers not just to do great work, but to make even the most difficult revisions in service of the larger story.

In fact, there is a whole book about the way that creative pairs can work together to do this important but difficult process well. Powers of Two, by Joshua Wolf Shenk, talks about how famous writers and editors, actors and directors, and dancers and choreographers find ways to bring the best out in one another.

And he says this thing that I find incredibly useful in thinking about my own work with editors:

It’s natural to ask how conflict can be avoided. But the better question is: ‘How can it be maximized in the context of a productive, ongoing relationship?’

The lesson I try to draw from this quotation is not about conflict, but about the idea that stories don’t get better unless both the writer and editor are committed to that idea. That can be hard work, and it requires both diplomacy and tough love.

There are a lot of places where writers and editors can work together to make an okay story great, but the revision process is one of the most obvious places to start.

I don’t want to pretend that I know all the ways writers and editors should work together on revisions. But I will suggest two techniques that you can start using today that will improve the way your writers think about the revisions they get from you.

What your writers definitely do not want to hear

Here is a strategy that lots of editors like to use when they make their revision requests: the compliment sandwich.

They say something nice, then they get to the heart of what they want with their revision requests, and then they wrap it all up with some platitudes about how great it is to work together. 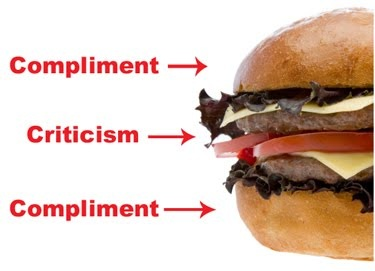 What idiot named this technique the “compliment sandwich?”

First, can we talk about how ridiculous it is to call this structure a “compliment sandwich?”

COME ON. We name sandwiches not by the bread on the outside, but by the stuff we put in the middle.

Let’s call this what this really is: a criticism sandwich.

Even more important than the dumb name: according to organizational psychologists, this strategy doesn’t even work! Your writers are going to distrust the praise you give because of the very structure of the feedback itself.

And you may be using this ineffective strategy almost subconsciously. Ask yourself if you have ever started an email to—or a conversation with—your writer about a revision request in one of these two ways:

Why are these two sentences so horrible?

Because writers know exactly what those two sentences mean.

They mean: “Brutal revisions ahead.” They mean: “This story is so bad that I could not come up with one actual good thing to say about it here.”

So drop the fake, non-specific praise. You can thank the writer for the story and direct them to your comments and requests in the draft.

What your writer does want to hear

I am no stranger to major revision requests.

I know exactly what it’s like to get revision requests that are so extensive that the comments and track changes in the margins extend off the pages of the draft in both directions.

But I can be motivated to tackle everything an editor requests with just one simple thing.

A sincere and concrete compliment.

Let me give you an example: one of my editors, Jodi O’Donnell at Iowa State University Foundation’s forward magazine, has high standards for her magazine. I work hard on the stories she assigns, and she still finds at least a dozen different ways to make them better.

Last fall, I worked on a story for her that had tons of revision requests. I had to go back to several sources to clarify and strengthen details in the story.

But as I was going through her edit requests, I noticed she had done something amazing. She had noted a couple places where I had done a few things exceptionally well: a smooth transition. An elegant description of complicated concept. She highlighted them and said something simple, along the lines of “this is a perfect description.” It wasn’t elaborate, but it was specific and genuine.

When I looked at what she’d highlighted, I realized that those were the exact areas I had remembered laboring over as I wrote my draft.

My delight about those compliments wasn’t about the praise, exactly. It was was about what that praise signified. If she recognized the pieces of the story that I knew were good, then I could trust the larger requests that she was making where she saw the story falling short.

The fact that she appreciated those tiny details made me feel confident that we were both trying to push the story in the same direction.

Her edits allowed me to trust her advice.

And the story turned out great.

Editors and writers: allies, not enemies

There’s no question that some writers and editors see the revision process as a primarily antagonistic one.

But of course it doesn’t have to be that way.

When you can show a writer, through thoughtful edits and concrete praise, that you recognize both the failures and the successes (however modest) of a story, you’ll help build trust with your writers. When they see that you’re not blowing smoke with some lame faint praise, and you’re also not letting them off the hook for the sloppy areas of a piece, good writers will rise to the challenge.

In fact, these are often the stories that writers remember. They are the stories where writers will say “I worked so hard on the story. And I am so proud of the way it turned out.”

And you might just be the one saying those sentences, too.